Los Angeles, CA — Harrison Design announces the promotion of Anthony Grumbine, AIA, Barbara Lowenthal, and Andrew Tullis, AIA to Principals of the firm’s Santa Barbara and Los Angeles operations. Lowenthal and Grumbine, both longtime employees, have played central roles in shaping many of the firm’s signature projects and provided leadership for a wide range of initiatives in Southern California. Tullis, who joined Harrison Design in 2016, brings his 25 years of experience in high-end residential design and project management work.

A professional artist and master draftsman, Grumbine’s watercolors, drawings and writings have been published in numerous highly regarded magazines and books, including the city’s of Santa Barbara historic style guides. The City of Santa Barbara Historic Landmarks Commissioner since 2016, Grumbine frequently lectures and writes on architecture topics. 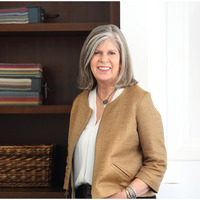 BARBARA CHEN LOWENTHAL joined Harrison Design in 2005 as the firm’s West Coast Interior Design Director. A longtime resident of Southern California, she spent over 15 years on city and county review boards and has been a leader in education. In 2007, Lowenthal received The Saint Barbara Award from the City of Santa Barbara for her work in historic preservation in the community.
While her primary focus is on residential interiors, her portfolio also includes hospitality and commercial design projects. One of Lowenthal’s most rewarding projects, the interiors of The Spanish Garden Inn in Santa Barbara created to look like a converted home of a prominent landowner and Spanish Don, circa 1830s.  Lowenthal’s expertise is highly sought after for her wealth of resources, deep understanding of historical precedent and masterful editing.

ANDREW TULLIS joined Harrison Design’s Los Angeles office in 2016. He brings more than 25 years of experience in high-end residential design and project management acquired in several well-regarded Los Angeles architecture and design firms as well as his own practice. Tullis is a member of American Institute of Architects and a founding member and past president of the Institute of Classical Architecture and Arts, Southern California Chapter (ICAA). He currently serves on the ICAA National Travel Committee. In 2008, Tullis collaborated with architect Marc Appleton to lead the ICAA 5-day tour of “Classical Los Angeles.”
He draws on a lifetime of travel — most recently to Andalusian Spain, Paris, Delhi and Northern India – to supplement his professional knowledge with an extensive library of images of iconic houses, interiors, gardens, and details from all over the world, offering his clients a wealth of design options. As a Principal of Harrison Design Los Angeles operation, Tullis will add business and staff development to his role while continuing design and project related work.

Founded in 1991, Harrison Design is an award-winning architecture and design practice known for its comprehensive luxury architectural design services founded on traditional methods and materials.  With over 60 architects, interior designers and landscape architects across the firm’s seven offices, and in close collaboration with builders and craftsmen, Harrison Design is dedicated to creating spaces that are refined, enduring and timeless.
— Stay Connected —