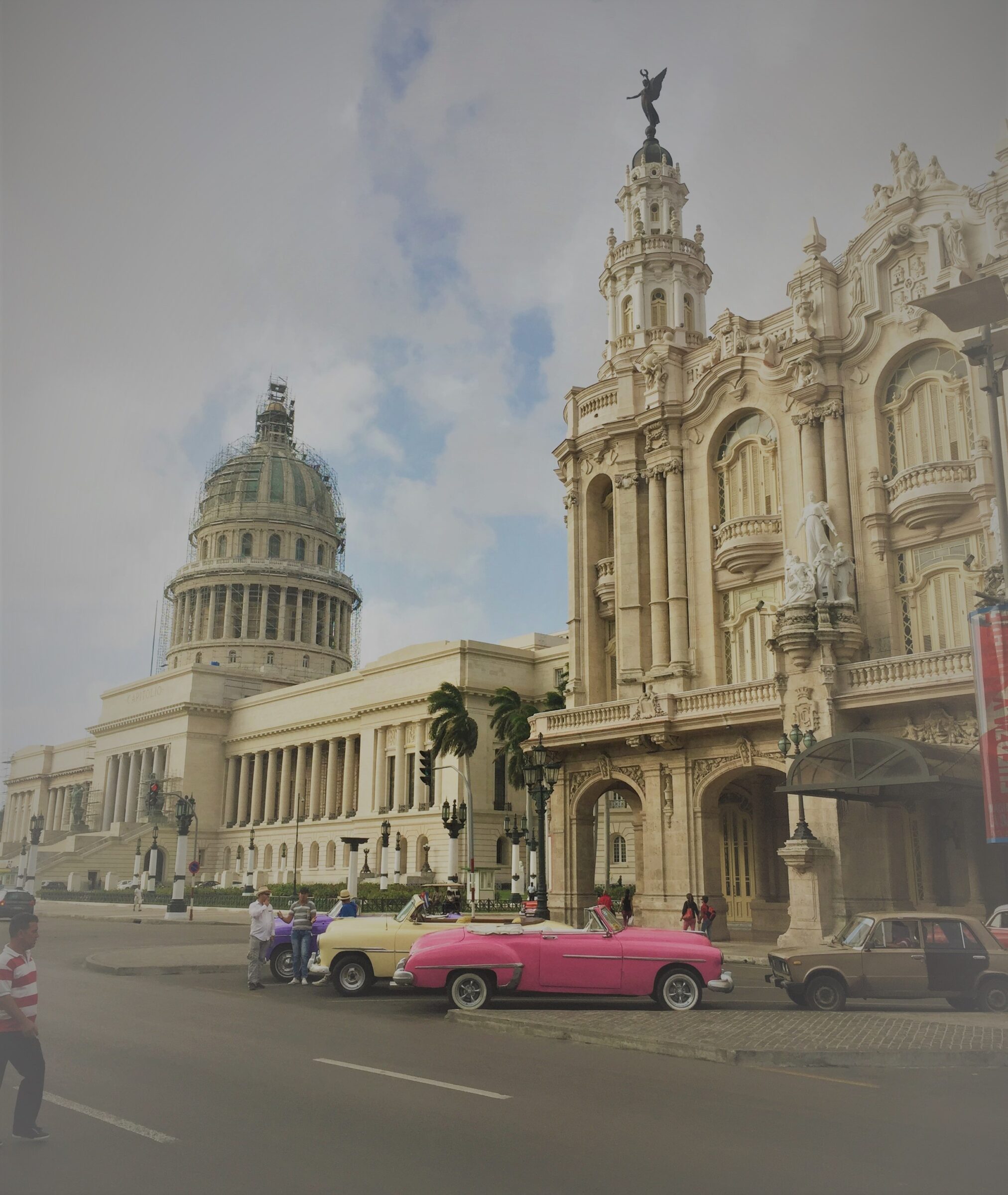 For decades, vacationing to Cuba has been a near impossibility until recent changes in the United State’s foreign policies regarding the country. Capitalizing on the recent lifting of strict travel regulations, Greg Palmer, Rick Hatch, and John Albanese seized an opportunity to accompany an architectural group tour of Havana, the island-country’s capital.

Armed with plenty of sunblock, keen eyes for architectural detail, and their camera phones, the three Harrison Design principals set out on a Cuban adventure and a trip back in time. 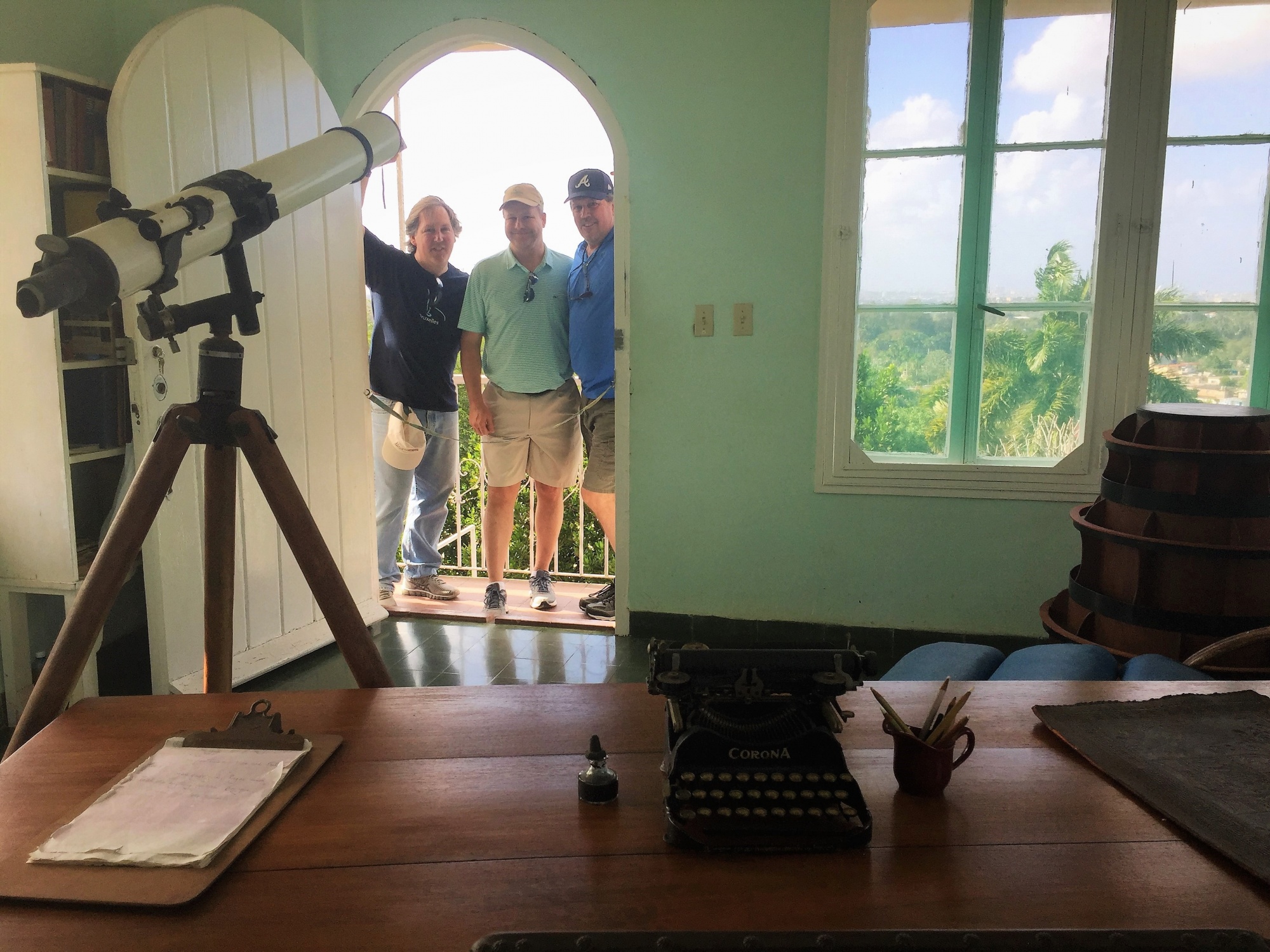 What was your most memorable moment of the trip?

J.A.: Just walking down the streets and experiencing the culture; total immersion.

R.H.: Agreed. I remember how nice it was to just get a cup of coffee and relax- simply being there and witnessing the culture and people carrying on about their lives was something else.

G.P.: Walking through the old town market was pretty memorable. You could easily pick up the same quality handmade artwork at that market as you could at any of the high-end galleries we visited; there is so much talent in Cuba. 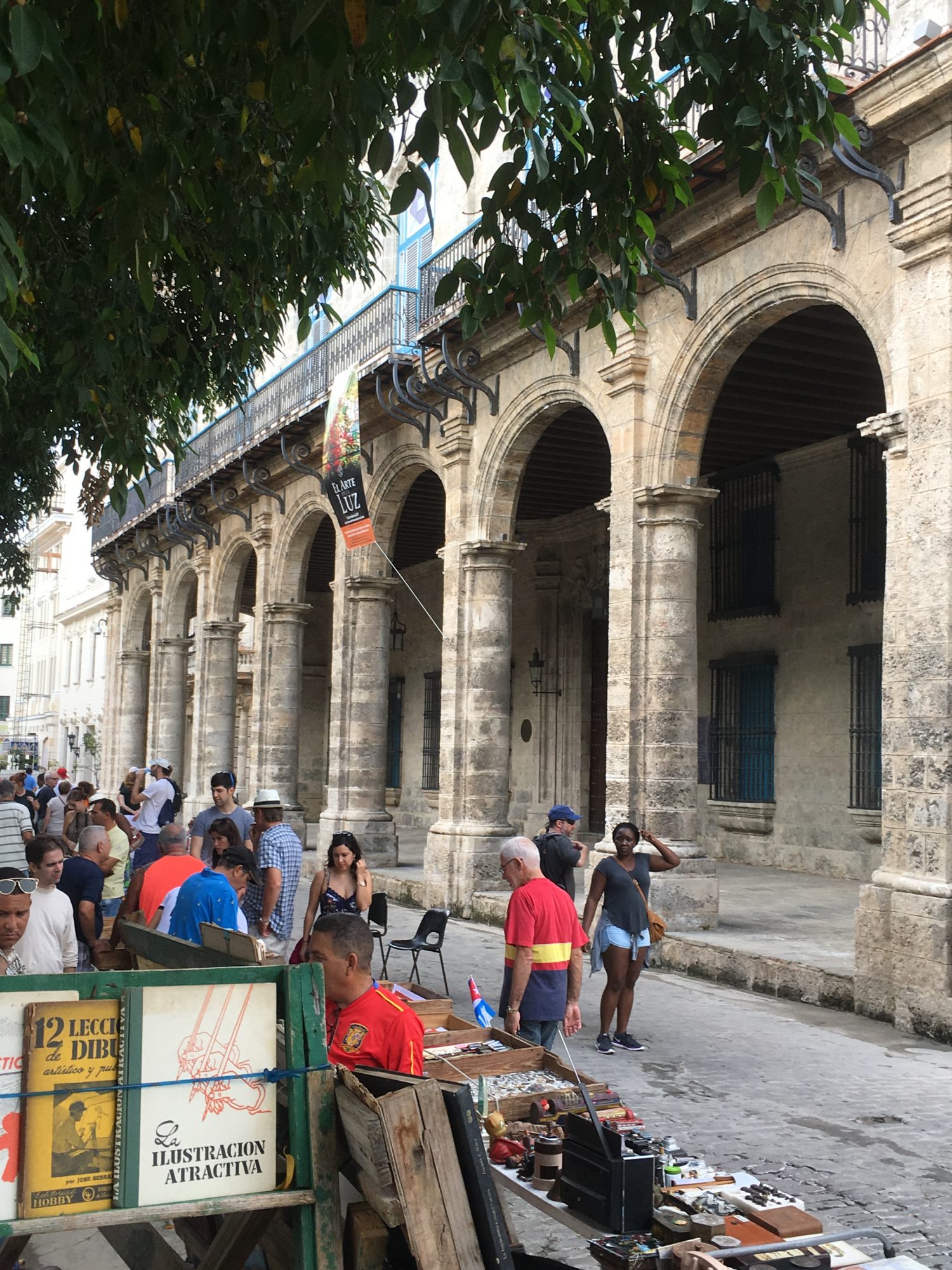 Did you have an opinion on Cuban architecture before your trip?

J.A.: I wasn’t sure what to expect, I was assuming it would be much like a Mexican city with Spanish influence. I didn’t realize how many different styles existed in Havana.

G.P.: I assumed there’d be the broad influences of the different nations that colonized Cuba in the past, but it was truly impressive just how many styles were present.

R.H.: Didn’t know what to expect,  but Havana is an absolute gem for architecture. The depth and detail. Every building is intricate; it’s rare to have such a high concentration of detailed architecture in one place, and in a plethora of styles.

What inspiration have you taken from this trip?

J.A.: The impact of historic preservation. Havana has many historic buildings that were once magnificent and some of them are being brought back to their former glory.

G.P: I think what I can definitely take from Cuban architecture is that it’s important to adapt your style, somewhat, to the locale in which it inhabits. You see it in virtually every building in Havana- they incorporate courtyards and colonnades to accommodate for the scorching sun. It gives foot traffic some shade.

R.H.: Just the incredible attention to detail and mixing styles. Also the heavy urban planning focus in the city’s design.

Are classic American cars as common as we think?

J.A.: They are common but most have been modified internally with newer foreign engines for fuel economy and availability of repair parts. 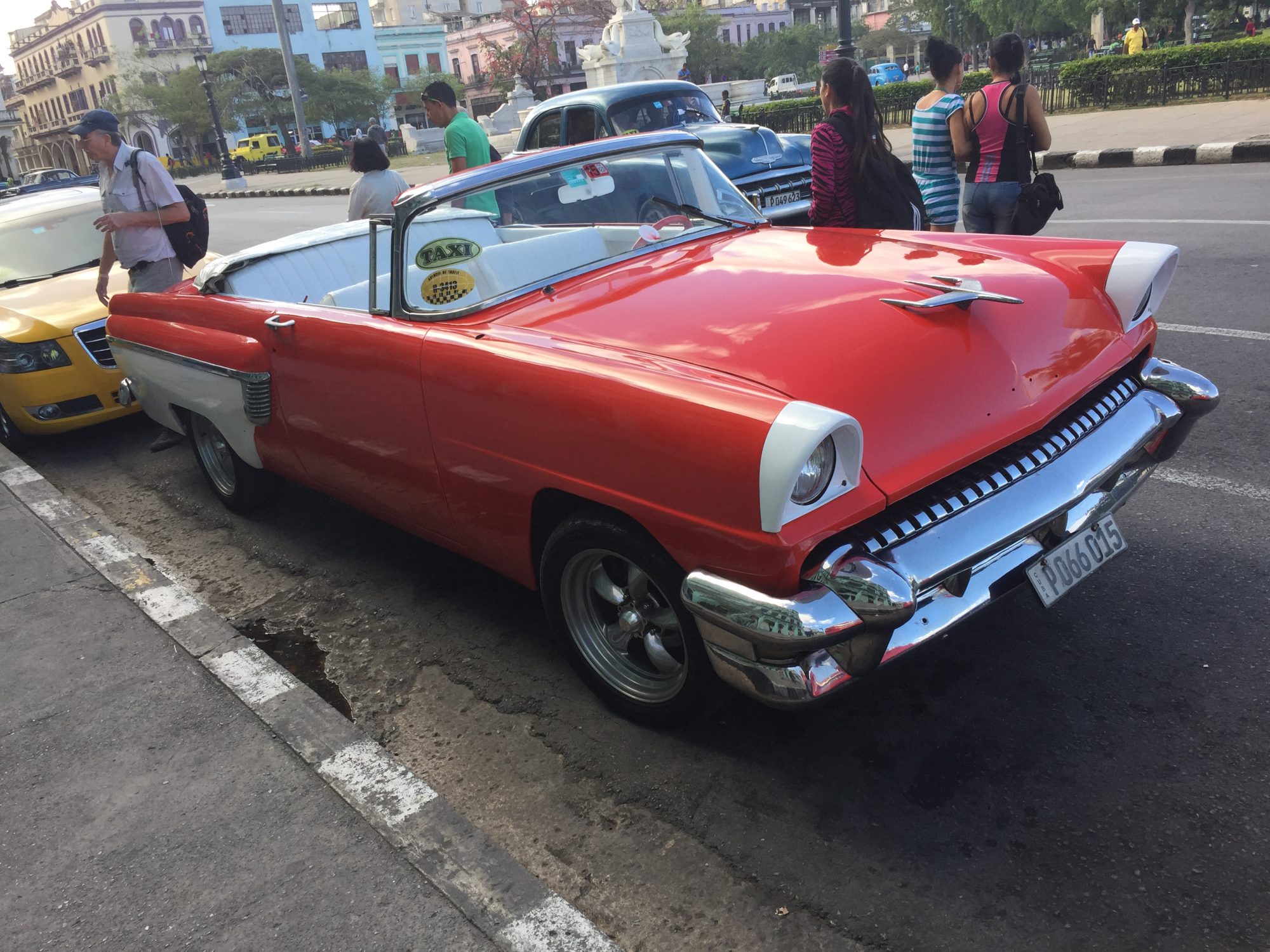 Anything else we should know?

R.H.: There is very limited internet available on the island, the occasional wifi connection becomes a hot spot and crowds will gather. A lot of their media sharing is done through USB drives rather than internet.

J.A.: Cuba needs a lot of help, but if they continue the gentrification efforts, in a few years I would give it an 8 out of 10 destination. Cuba has a vibrant art scene with many young artists using all sorts of mixed media.

G.P.: That the whole island is organic. Pesticides, hormones, etc. are strictly prohibited by law and can’t be used. That, and it really is a blast from the past being there!

Once known as the Paris of the Antilles, Havana once boasted a culture unrivaled by any other western city.

Becoming a prime party destination for the rich and famous in the 1940s and ’50s, leading even Vegas at the time, Havana acted as a magnet- drawing the biggest names in the arts, entertainment, and the criminal underworld.

To name a few:

After the Cuban Revolution, many bars and casinos were put out of commission as they were heavily associated with corruption and hedonistic culture of the past; not following with their now Marxist ideals.

Tourism halted with the new regime’s isolation efforts, but the architecture, infrastructure, and icons of previous decades remained; relics and testaments to the city’s storied past. 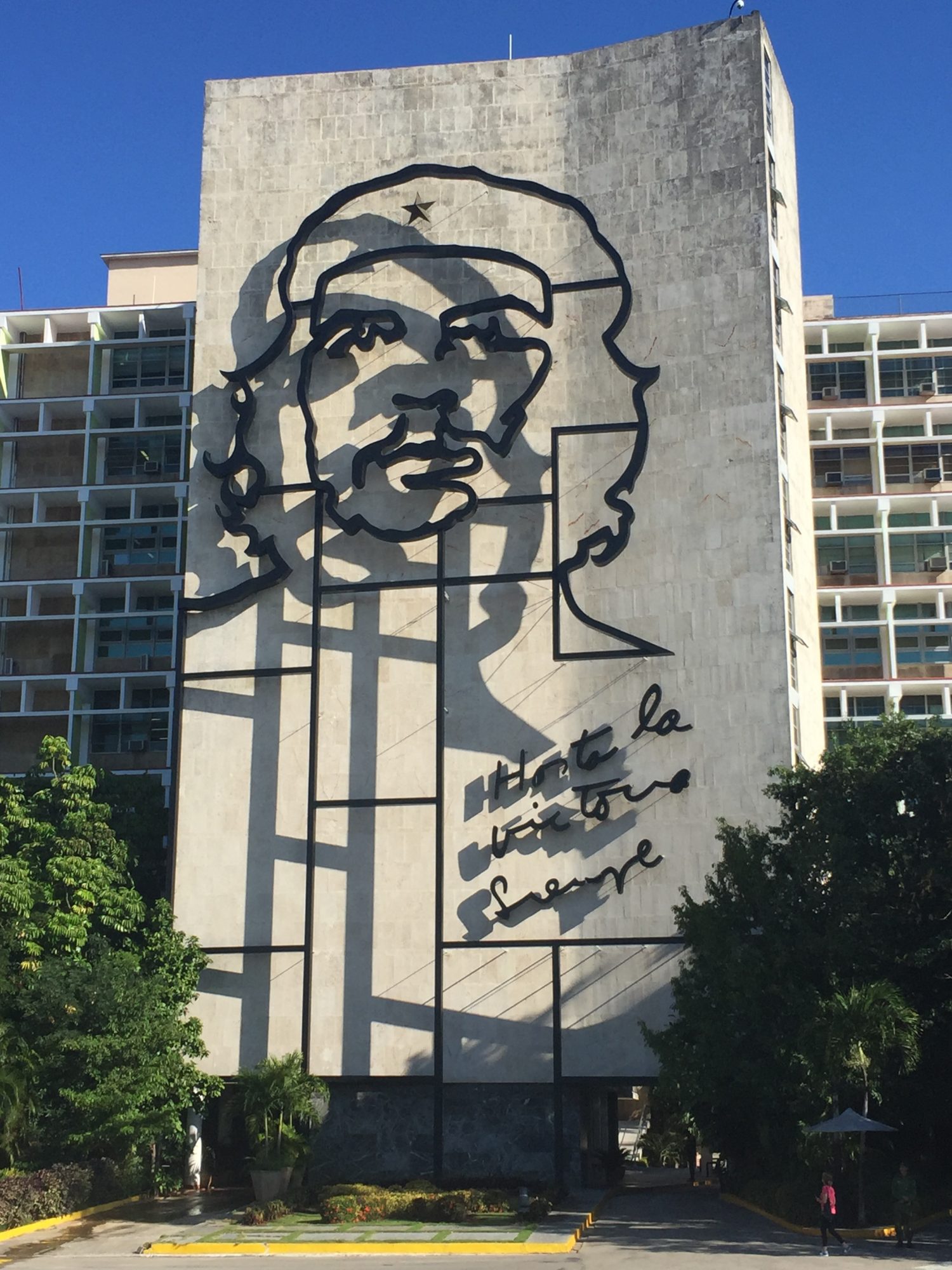